What a fantastic day here at Hollinwell for Final Qualifying this year. The recent spell of hot weather ensured the fairways were running hard and fast, perfect heathland golf conditions.

Delivering the event required a tremendous team effort across the club which really paid off as the sun shone, the course looked magnificent and spectators poured in from far and wide - despite the England World Cup football match against Columbia.

Ashton Turner, the 22-year-old former English amateur international from Kenwick Park in Lincolnshire, was four shots off the pace after a level-par opening round of 72 at Notts (Hollinwell) but then stormed through the field with a six-under-par 66 that included three birdies and an eagle in his last five holes. He missed the green on the last but calmly got up-and-down to consolidate his place in what will be his first appearance in a Major.

“It’s all a bit surreal at the moment and I think it will probably take a bit of time to sink in,” Turner said. "I played at Carnoustie in the Amateur Championship back in 2015. It wasn’t my friend then but hopefully I’ll get a few better memories this time.”

Oliver Wilson has not played in The Open since 2010 but he can now look forward to his return after making the most of a good bit of fortune at the start of his second round. After an opening 72, Wilson lost his ball in a bush off the tee at his first hole of the afternoon but hit his next to 25 feet and holed the putt for a par.

The 2014 Alfred Dunhill Links champion finished with a 69 and finish three shots behind Turner, while 29-year-old Rhys Enoch, who won this year’s Cape Town Open on the Sunshine Tour, finished one stroke further back in third place. “I played really well but it was so bouncy that it was very difficult to get it close,” Wilson said. "My game is in a better position than it’s been for five or six years and this builds the confidence a bit more. This is another little step in the right direction.”

Congratulations to all the qualifiers and good luck for The 147th Open at Carnoustie. 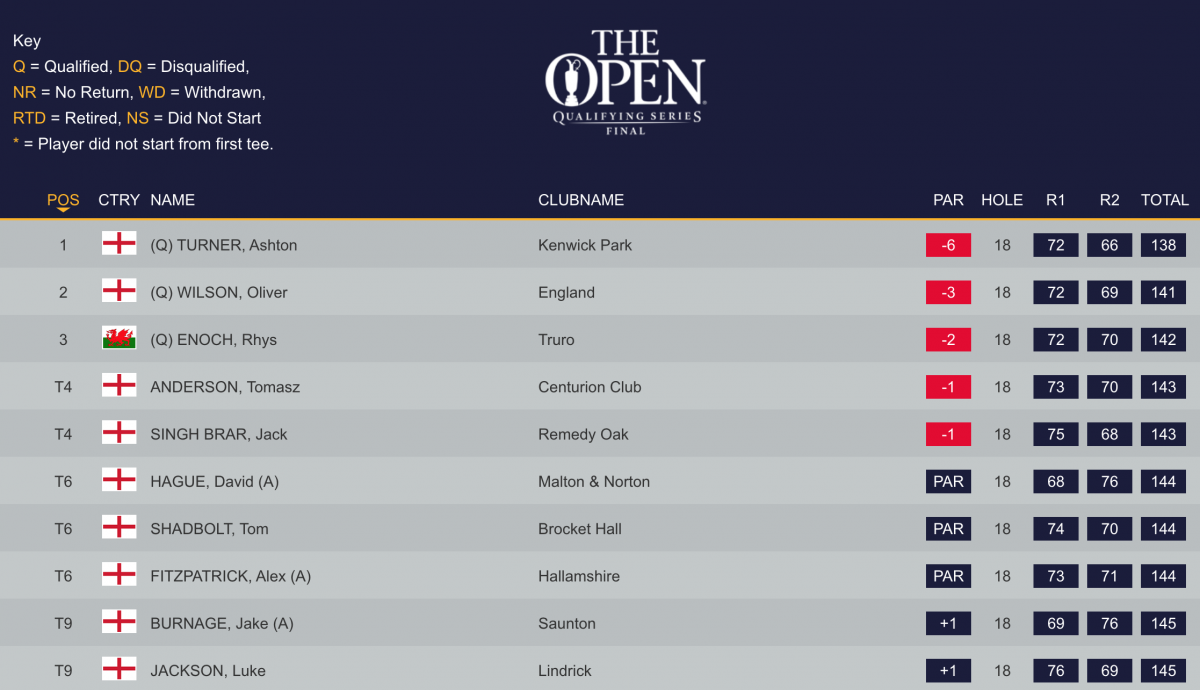 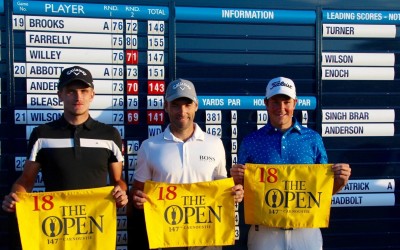 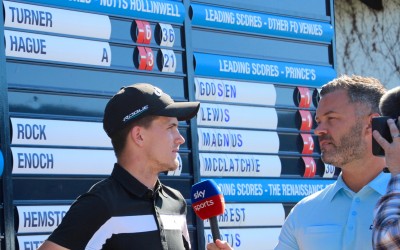 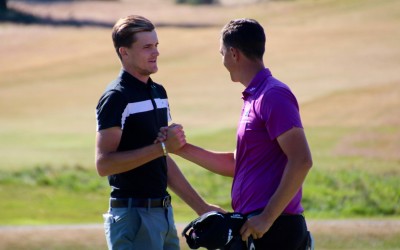 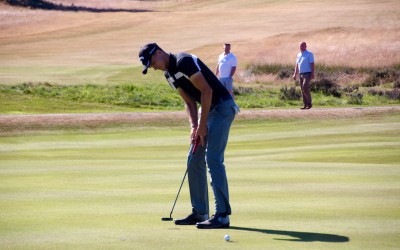 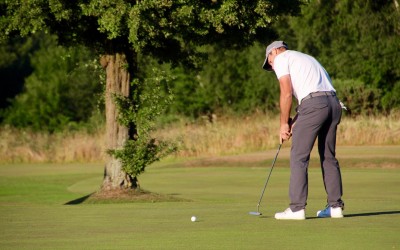 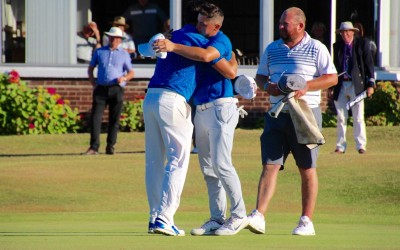 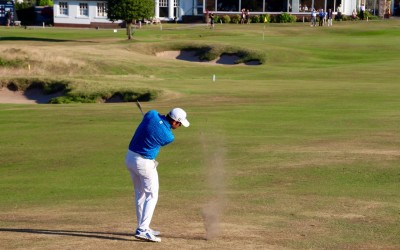 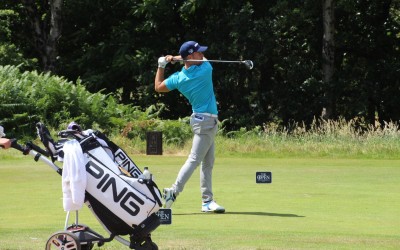 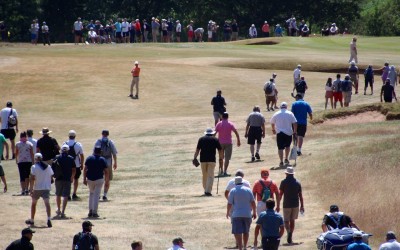 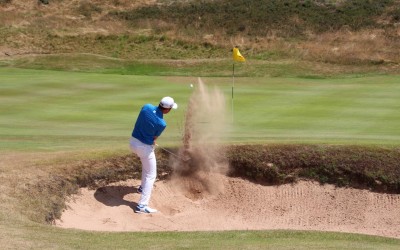 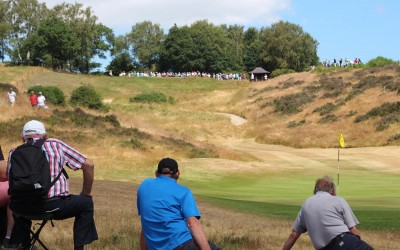 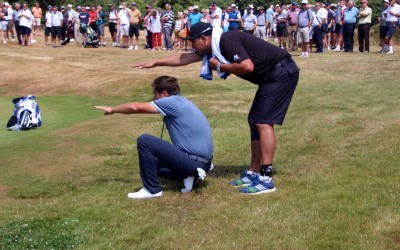 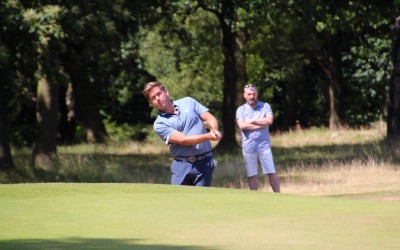 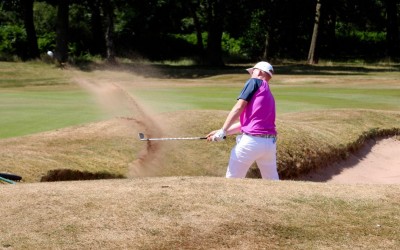 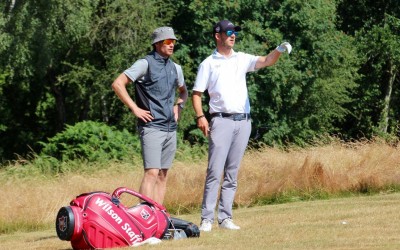 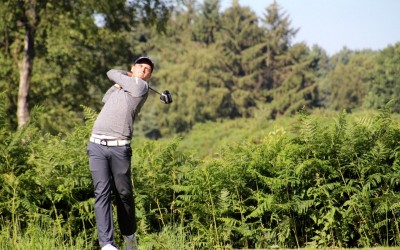 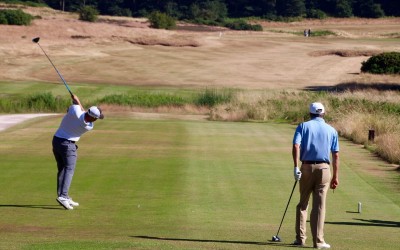 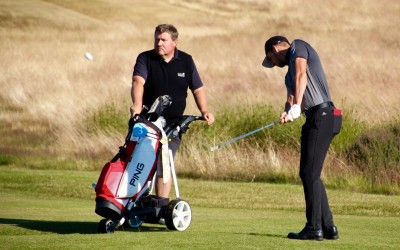 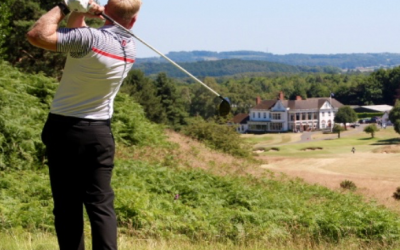 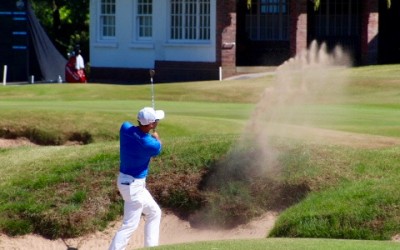 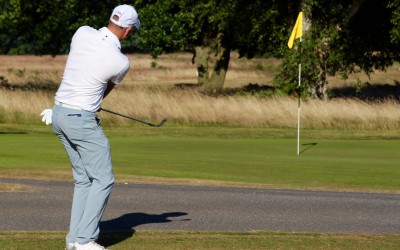 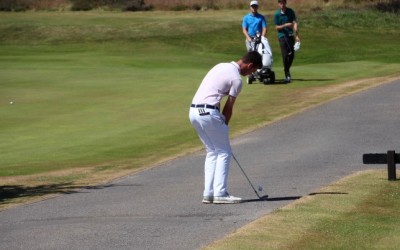 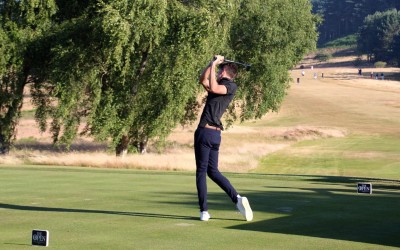 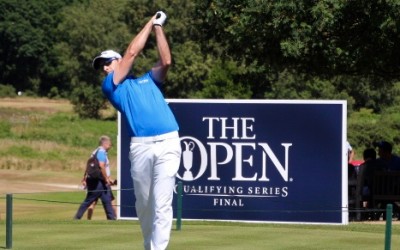